SAN JOSE – Santa Clara County’s Teacher Housing project is moving to a new phase, with design depictions, a timeline for construction, and a plan for getting feedback from key stakeholders. The project was proposed by County Supervisor Joe Simitian, a former school board member, and the son of two public school teachers.

As part of the effort, the County will be presenting the project concept and outreach plan at a study session before the Palo Alto City Council, at their meeting on February 8th  at 5 p.m.  The teacher housing effort at 231 Grant Avenue in Palo Alto is being developed by Abode Communities and Mercy Housing, in collaboration with Santa Clara County, the City of Palo Alto, Facebook, and local school districts in Santa Clara and San Mateo Counties.

“Creating 110 new residential units for teachers and other school district employees is no small feat,” said Simitian, who initially proposed the idea of government funded school workforce housing to the Board of Supervisors in 2018. “I’m pleased that the project is moving forward with the help of so many local partners. These new advancements, even while the County tackles our current public health crisis, show how needed new housing is. Especially for our teachers and school support staff.”

The 231 Grant Avenue Educator Workforce Housing will involve the demolition of the existing 6,800-square-foot office building at the project site and construction of a new four-story building. The new project will be made up of studios, one and two bedroom units and will serve teachers and other school district employees from participating school districts in Santa Clara and San Mateo Counties.

The concept design aims to create a sense of community among residents, with units laid out in C-shaped buildings that outline multiple courtyards and support residential amenities.

In the coming months the County’s non-profit development partners will be meeting with key stakeholders – neighboring residents, teachers and school employees, local businesses, and elected officials – to make sure the design plan best meets community needs. To help kick these off, the County and its non-profit development team will be presenting the project to the Palo Alto City Council for a study session at their meeting on February 8th.

“Teacher housing benefits the entire community, not just teachers,” said Simitian. “By having teachers work and live nearby we are strengthening their role in the community. That’s why it’s so important to have community input. We want to make absolutely sure the project addresses the need of the community – the school community and beyond.”

In 2018, Simitian proposed building teacher housing on a County-owned site, across the street from the County Courthouse in Palo Alto. In response to Simitian’s proposal:

The proposed development timeline has the project breaking ground in August of 2022.

School employees, particularly those in the early and middle parts of their careers, are part of what is sometimes referred to as the “missing middle” – by virtue of their incomes, they often don’t qualify for traditional affordable housing, but they can’t afford market-rate housing prices that are geared towards significantly higher-income households.

Given the high cost of living in Santa Clara County, particularly for housing, local school districts continuously face challenges hiring teachers, as well as teacher retention issues. It is often too expensive for teachers to live in or near the districts where they teach, and teachers sometimes leave their school districts to move to lower-cost areas.

"We have teachers who commute from Gilroy, Morgan Hill, Aptos, and  Dublin – to name just a few places. This long commute takes a toll on our teachers' quality of life and decreases the value of their salaries. It also adds to traffic and pollution problems in the county," said Teri Baldwin, President of the Palo Alto Educators Association. "When teachers live in or near their school communities, students also benefit. We want to be part of the community we teach in. We want to organize or attend after school events and support and encourage our students."

Simitian noted that “No one wins when local teachers have to commute from miles and miles away. It’s just that much harder to attract and retain the best teachers available. Time in the car is time not spent with students or preparing lesson plans. And our teachers become more and more remote from the communities where they teach.”

“This was already a challenge years ago when I was on the School Board,” said Simitian, “and it’s only gotten worse with every passing year. I don’t think we have to accept this as inevitable. With a little creativity and collaboration, we can make progress.”

Simitian, who grew up in Palo Alto as a teacher’s son, said, “I can recall the days when a teacher could own their own home here in Palo Alto, or in a nearby community. I know we can’t turn back the clock, but I’m convinced that there are solutions to this problem.”

Simitian said that while he is excited about the potential for this particular project, he believes that, “this project can and should serve as a model for others. I think we can do more and more and more.”

For more information and updates about the site please visit, http://www.sccgov.org/231grant. 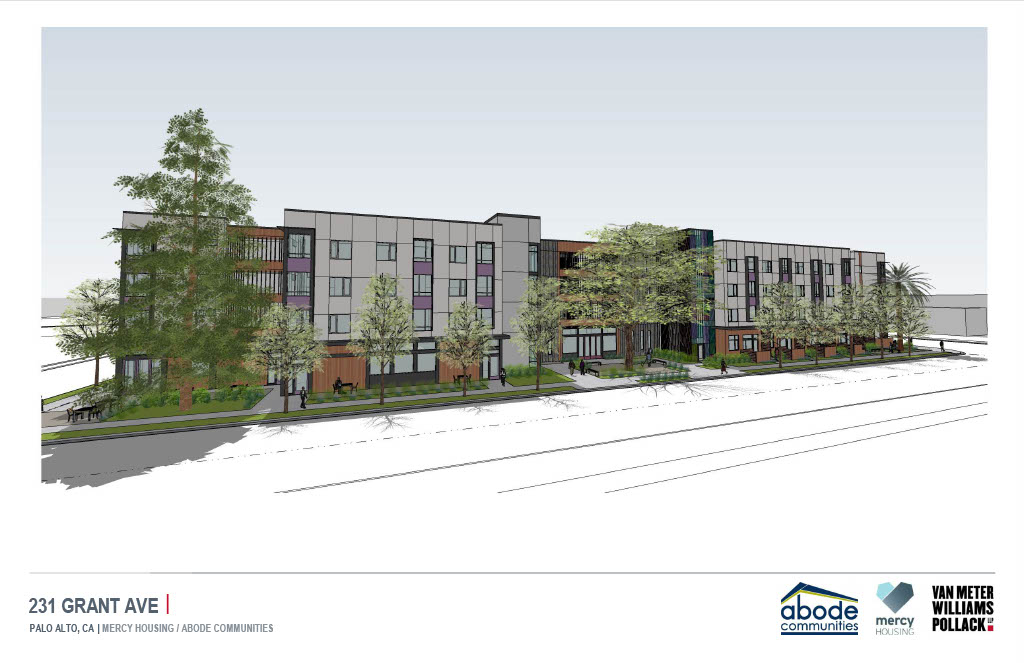 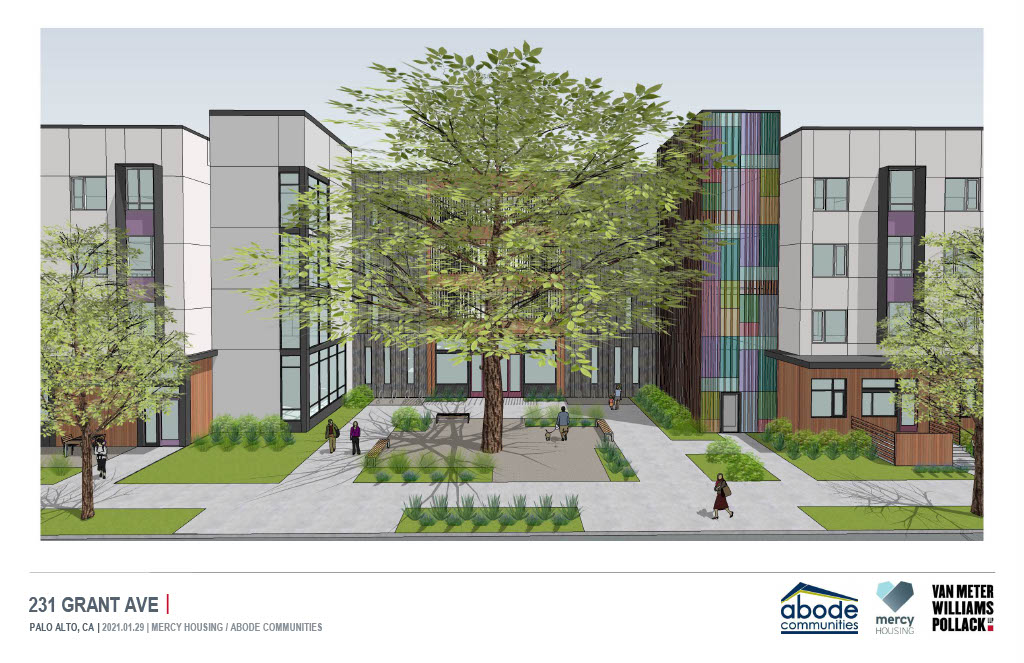 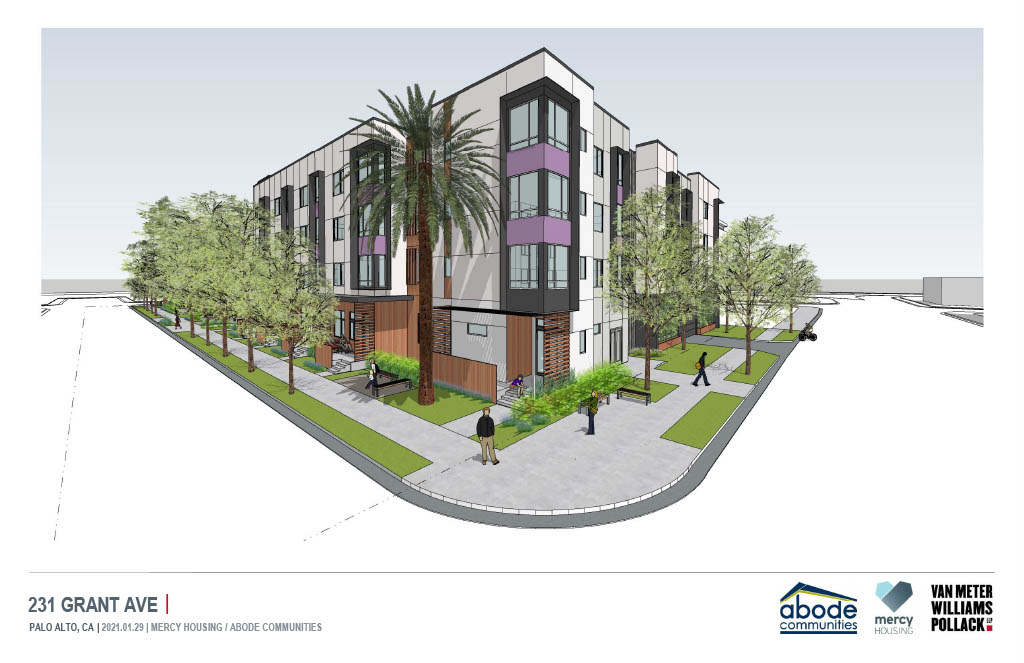